The top 5 creativity killers + how to defeat them 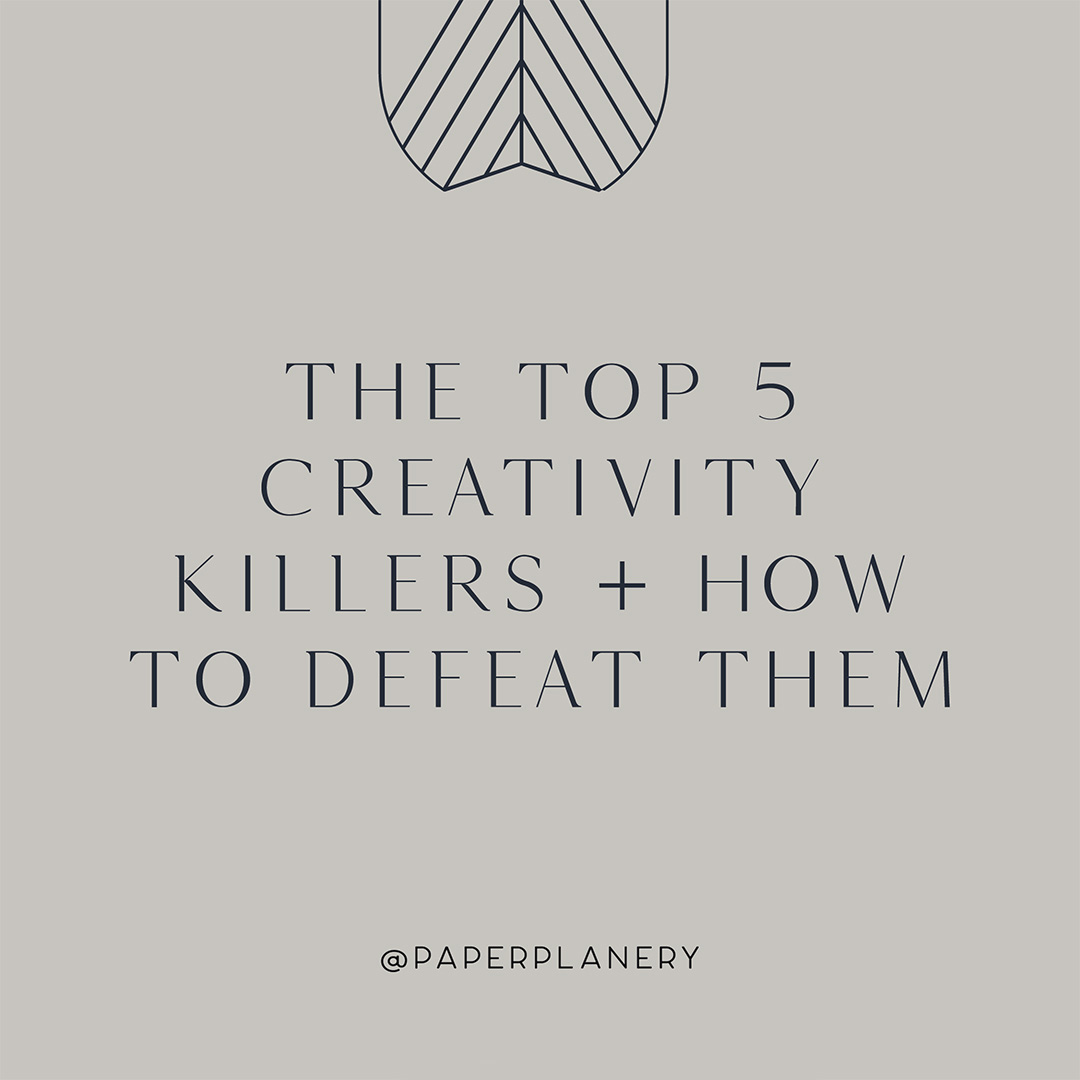 Picture this … you’ve just started working on a really important creative project, but after two hours you find yourself still staring at the metaphorical blank canvas of your new project or even the literal blank Illustrator Artboard you’ve opened, except now you’re feeling creatively empty. If this sounds like something you’ve felt, I want to tell you – YOU ARE NOT ALONE. We’ve all been there at some point or another. That’s why I’m so excited to share with you the top 5 creativity killers out there, to help you spot them and tackle them the next time you feel this way.

When I was little and doodling something in the back of my math workbook, every now and then I would accidentally doodle something that I really liked. But then when I tore that picture out of the book and took a blank piece of paper to recreate the picture (except this time, perfectly) it would never turn out the same. I would put so much pressure on this picture to be “perfect” that I end up not being able to finish a redraw at all.

So here’s the lesson, firstly don’t tear pages out of the back of workbooks – teachers don’t like that (who knew?). Secondly when you’re creating/designing/writing in a free environment without any judgement it’s going to be a whole lot easier than having an expectation that IT HAS TO BE PERFECT.

I know that it’s very hard to not want to make the perfect thing – we all want to be the best we can be. But when we’re trying to be perfect we’re going to be so scared that we’re making the wrong decisions or taking too big a risk that we’re going to end up not being able to do anything. So let’s get this out of the way … nothing is, or will ever be PERFECT. As soon as we accept that, we’ll find it a whole lot easier to get creative.

We can’t really avoid seeing what others around us are doing, but it’s so dangerous to start comparing ourselves to others. Once we start doing that we either start imitating what they’re doing because we’re scared that being different is “wrong”. Or we stop creating all together because of this fear of being different. So I know it’s hard but when you’re looking at what others are doing try to celebrate what they’re doing and see them as totally different and separate from what you’re doing instead of making a comparison.

Call me dramatic, but it’s every person’s responsibility to bring to the table what only they can make … what you’re making won’t be for everyone, but if it’s different from what everyone else is doing (and it will be, when you’re being true to yourself) then it’s going to speak to the people who’ve been looking for someone just like you and it will inspire, empower and motivate them in a way that what’s out there already isn’t able to. Even more, it might give someone else the courage to do something creative. It’s much better to truly reach and inspire a small group of people, than blending into a sea of thousands of imitations … you’ll feel safe when you’re doing what everyone else is doing but you won’t make the difference you were meant to make.

This ties in very strongly with point one and two, so I won’t go on about it too long. But what I do want to say is that when we focus on potential critique or the possibility of failure we’re literally never going to be able to create something. So instead of focusing on that, focus on the joy of creating and your aforementioned responsibility to create what only your beautiful mind can create.

4. Putting too much pressure on the project

When this happens, what I would suggest is to take a really big step away from the project and do something that has absolutely no pressure for instance drawing a silly card for your significant other or drawing a picture for your kid. Once you get creative again free of pressure, you’ll be able to approach your project again with more clarity and objectivity.

Getting a project and being told “you can do whatever you want, I trust you” sounds like the dream project, right? Unfortunately it’s not, because knowing that the sky is the limit and that you can do anything, makes it extremely hard to settle on one idea and follow it through without second-guessing yourself.

Many people have told me (and I’ve experienced it myself) that designing something for yourself like your own logo or wedding invitation is the hardest thing to do, and this is exactly the reason why. There are no limitations because you are the one who’ll be giving feedback and the possibilities are endless. Hello indecisiveness.

So the next time you’re starting a project without limitations like this, here’s what you can do …

If you weren’t given a brief, don’t start designing or creating right away. Do your own research and create your own brief.

Define your audience: Start by writing down who you think the audience for this project is, what you think their likes and dislikes are and then go and do research about them. For instance if you know your project is targeting moms, go look at all the popular mom brands and write down the common thread you see.

Create a mood board: When creating a mood board, don’t only add things that are exactly the deliverables for your project. For instance if you’re designing a logo for mom brands, don’t only do a search for “mom logo” on Pinterest, rather add things other than the thing you need to create. For instance add fashion items you think your audience will like, add color palettes or packaging designs that fit in with your vision. This allows you to create something truly unique instead of finding it difficult to come up with a different idea than the logo you pinned.

Write down what you DON’T want: When you define what you don’t want it makes it a whole lot easier to figure out what you want. Something as simple as “it shouldn’t be girly” narrows down your “available” ideas by at least half. Name colours you don’t think will suit this project, or font types. Soon enough you’ll be left with a clearer picture of what you want. 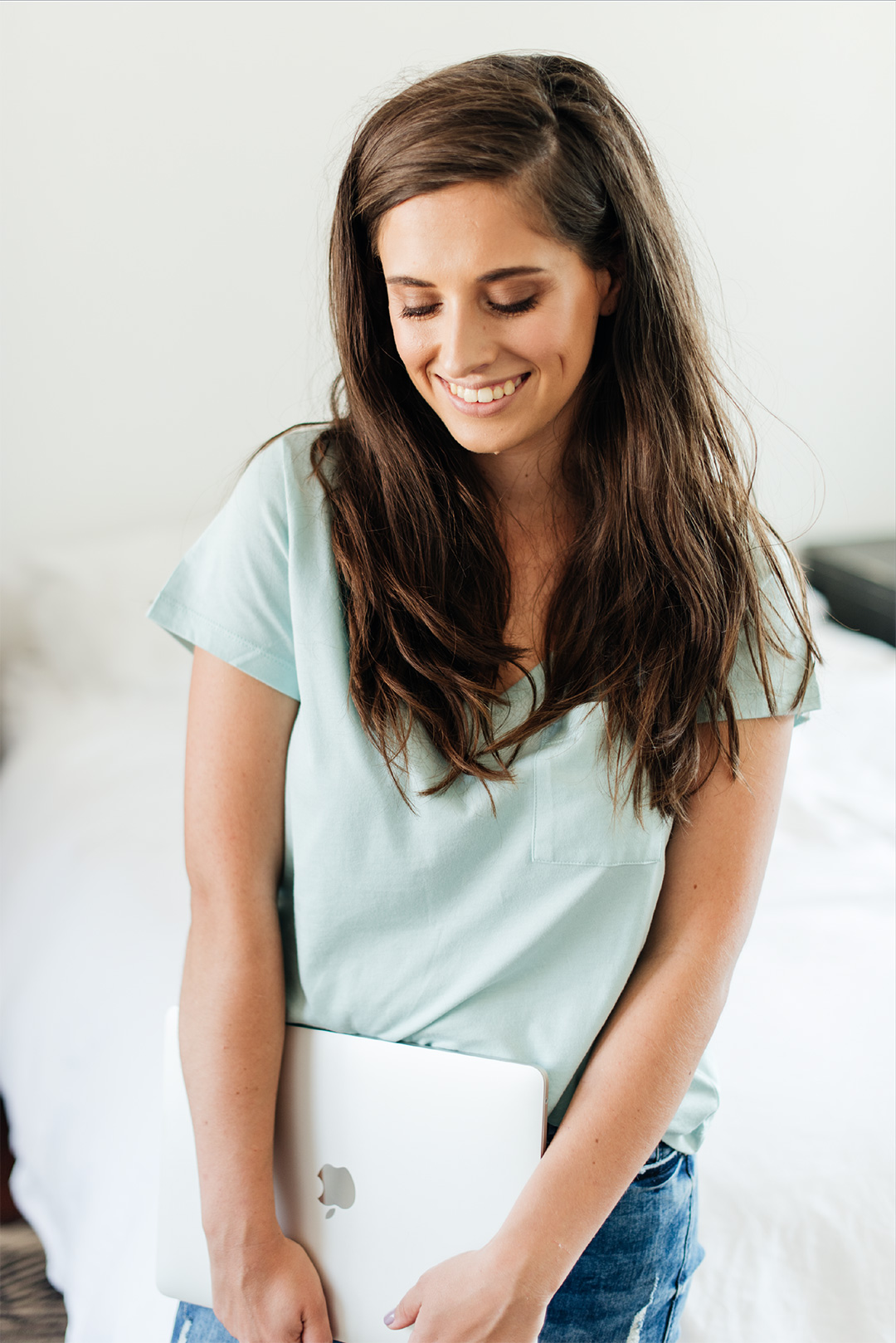 My name is Marike,

Welcome to my little corner of the internet, where I am obsessed with helping YOU get the most out of your Instagram marketing WITHOUT LETTING IT TAKE OVER YOUR LIFE